We wrapped up our Christmas in Tucson with an evening of Scrabble. While that may sound a little boring, let me reassure you that it was played in full Lopez fashion… very competitively. We really had never played this classic board game while I was growing up, but my family has really gotten into it within the last few years. One of Chip’s first visits to Tucson back while we were dating also ended in a game of Lopez Scrabble (wouldn’t blame him if he questioned my family at that point!) and we always try to play at least once whenever we’re in town.

We’ve played in teams before, but we’ve learned it’s best to separate all of us and play individually (especially my dad and brother who can be particularly obnoxious when on the same team). Every time we play, my dad will make the argument at least twice that Spanish words should count (sorry, dad, they don’t) as well as a few other new rules he thinks would improve the game and help expand our minds against following the rules. This year, his big pitch was for phonetic Scrabble. We all shot that idea down pretty quickly, although he did still try throughout the game to get us on his side. Chip at one point played “tiki” and my dad tried so hard to add an “r” to the end to phonetically spell “ticker” as “tikir.” Nice try, dad.

His best move, however, came after someone had played “cub” and another had played “looted.” There was one space in between these two words, and my dad thought it would be genius to place a “u” in between and spell “cubulooted.” When my mom asked him to use it in a sentence, he hesitated but ultimately the guys came up with a sentence along the lines of “my campsite was cubulooted by some bears….”. Mmm, don’t think so. 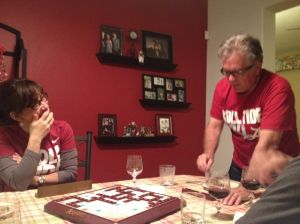 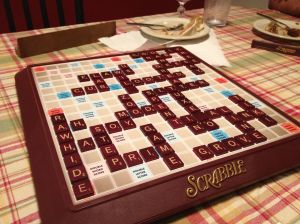 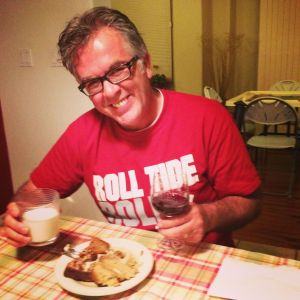 Desserts and port to end a great Christmas trip 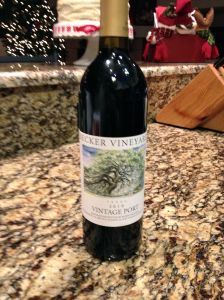 We played two rounds of Scrabble and Chip managed to win both. We had a great time eating some of the leftover desserts (chocolate chunk cheesecake and banana foster cake) as well as a new coffee cake I had made from Pippa Middleton’s Celebrate book. We also had a bottle of port to share that Chip and I had bought during our anniversary trip to Fredericksburg this past May.

We had a great time in Tucson with my family and I am so grateful we were able to celebrate Christmas with them! 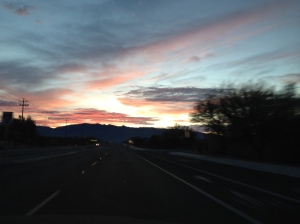 Sunrise on our way out of Tucson 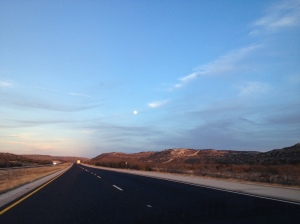